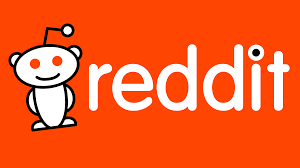 How To Use The Reddit For Promotion In Social Media

Reddit is a combination of social media, news sites, and message boards, creating a unique community which is driven by engaging content, It is founded by Alexis Ohanian, Steve Huffman in 2005.

Reddit is a social news website and forum where content is socially curated and promoted by site members through voting. The site name is a play on the words “I read it.

“It is a social platform where users submit posts that other users ‘upvote’ or ‘downvote’ based on if they like it. If a post gets lots of upvotes it moves up the Reddit rankings so that more people can see it. If it gets downvotes it quickly falls and disappears from most people’s view.Reddit is split out into sub-communities, or subreddits. They can be created by any user around any subject, whether it’s something broad like technology, or as specific as a single joke. Each subreddit feeds into the full Reddit list of submissions meaning a post in any subreddit (unless it’s private) could reach the front page of the website.

As we’ve previously mentioned, it’s a lot of people, and they’re pretty dedicated users too. But when it comes to demographics, we’re mostly in the dark.

One of the big pulls for Reddit is that it’s easy to be anonymous. You don’t have to supply much more than an email and a username. That said, there has been some research into the subject.

Back in 2016, the Pew Research Study conducted a survey that found Reddit users were 67% men and 64% between the ages of 18 and 29. It also found 70% of users were white. So, young, white, and male essentially. Another study (although likely less reliable) found similar results.
source from brandwatch.com

Reddit is just a place on the internet where people of similar interest come along and share their views.  After the registration on Reddit, a  registered user can get constantly updating feed of breaking news, fun stories, pics, memes, and videos.
A user can easily discover top trending topics, breaking news, viral video clips, funny jokes and hot memes on Reddit.
Registered users can also submit content to the site such as links, text posts, and images, which are then voted up or down by other members.
Reddit has more than thousands of different kind of communities, where you can share your ideas and connect with peoples very easily. Its a trending platform for everyone.

Users can also comment on posts after creating an account. Commenting is one of Reddit’s core features, and it is the primary way for users to interact with each other, besides private messaging. Comments, like posts, can be voted on by users and are then ranked accordingly. The comment with the highest number of votes sits at the top of the comment section and is referred to as the top comment.
source from searchcio.techtarget.com.

What Is Tumblr ? How It Is Beneficial In Social Media ?

What Is StumbleUpon And How It Works ?