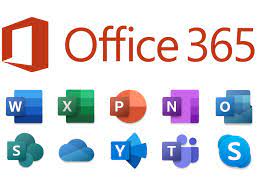 How to Create Charts in Office 365

How to Create Charts in Office 365

Step by Step guide to Create Charts in Office 365

Step 3: (Create Charts in Office 365)
Select the kind of chart you want. How you select a chart type depends on which program you’re working in:

* Excel: On the Insert tab, open the drop-down list on one of the buttons in the Charts group (Column, Bar, and so on) and select a chart type; or click the Recommended Charts button or Charts group button to open the Insert Chart dialog box and select a chart there. As shown, the Insert Chart dialog box shows all the kinds of charts you can create. Go to the Recommended Charts tab to see which charts Excel recommends.

Step 4: (Create Charts in Office 365)
In Word and PowerPoint, replace the sample data in the data grid with the data you need for generating your chart. After you finish entering the data, click the Close button in the data grid.

Step 5:
Modify your chart, if you desire. The Chart Tools tabs and buttons to the right of the chart offer commands for making a chart look just-so.

And if you decide to delete the chart you created? Click its perimeter to select it and then press the Delete key. (Create Charts in Office 365)

How to Get Noticed by Recruiters on LinkedIn

Set Up an RSS Feed in Microsoft Outlook